Acupuncture points above and below the affected region might be used to treat the injury if the wounded area is unreachable owing to a plaster cast or dressing. It means acupuncture is suitable for compensation from the Accident Compensation Corporation for personal injuries.

Acupuncture theory states that inserting needles – or other associated processes regulate the flow and circulation of strange energy called Qi within the body, mainly gua sha (skin scraping), auricular (ear) acupuncture, moxibustion (burning dried mugwort near the skin), electro-acupuncture, tui na (massage), and cupping. There is no solid proof of the existence of Qi or the meridian points via which it is claimed to flow. While certain medical authorities actively campaign to favour acupuncture in certain situations, the World Health Organization has stood against it. It released an important paper in 2002 that listed 90 diseases for which acupuncture could be helpful, but it was removed in 2014 “in reaction to considerable data opposing the WHO’s suggestion.”

The Accident Compensation Corporation (ACC) acknowledges all members and representatives of Acupuncture NZ as Treatment Providers. All members must follow the Acupuncture NZ ACC Guidelines. 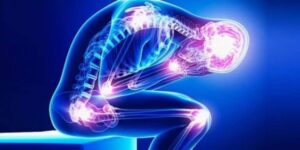 Acupuncture NZ presently has over 800 members across New Zealand who provide acupuncture therapy to persons who have been injured. Most common injuries, such as back sprains, tennis elbow, and calf sprains, are covered by  ACC and acupuncture.

Since 1990, members who have completed the equivalent of four years of full-time training in New Zealand or abroad have been recognized as Treatment Providers by ACC. Practitioners at Ponsonby Wellness Centre of acupuncture in Auckland are qualified and fully trained.